The Corruption Eradication Commission (KPK) launched on Wednesday an interactive smartphone app called GRATIs, which stands for Gratuities, Information and Socialization, aiming to deepen people’s knowledge of gratuity prevention, just weeks after launching its own TV channel in August.

Available free for iOS and Android devices, the app not only offers related information about gratuities and the relevant regulations but also provides a number of interactive games which could strengthen people’s understanding of gratuity giving.

KPK deputy chairman Zulkarnain said that the KPK intentionally made the app “friendlier” by providing interactive anti-graft-based-games in order to encourage people to learn more about gratuities in a fun way.

“With a single click on the Internet, you can have this app for free. Just write in the key words KPK or GRATIs or gratifikasi in the Google Play store for Android devices or in the AppStore for iOS. This kind of learning goes beyond classes and barriers as nowadays everyone can access the Internet,” Zulkarnain said during the launch of the app in Jakarta on Wednesday.

Another KPK commissioner, Bambang Widjojanto, said GRATIs could strengthen public officials’ understanding of how to avoid all gifts and free facilities offered by other parties as related to their authority.

The anti-graft body has also tried other means of engaging the public, including maintaining an active social media presence. Currently, the KPK’s Twitter account, @KPK_RI, is followed by more than 972,000 users and its Facebook page has received 611,000 likes. 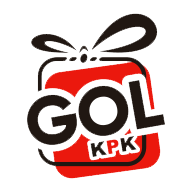